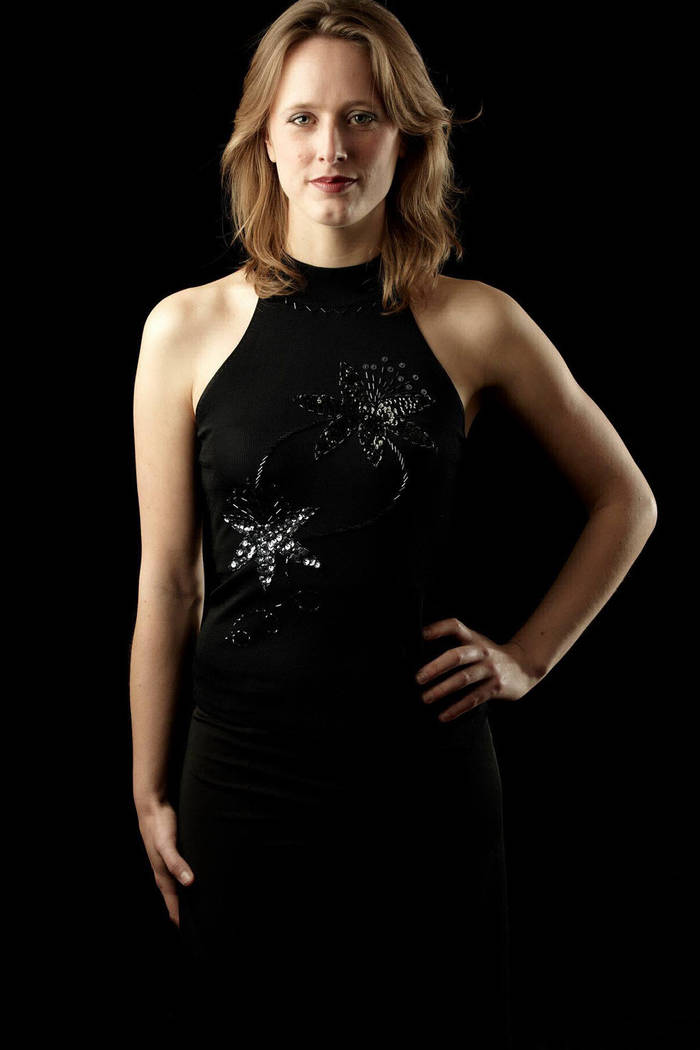 Eke Simons (1981) is a Dutch pianist and appears as a soloist and chambermusician throughout Europe.

She has performed in the main halls of the Netherlands and Sweden, such as Vredenburg (Utrecht), Concertgebouw (Amsterdam), Konserthuset (Gothenburg) and Musikalsika (Stockholm). Her concerts have been broadcasted by Dutch radio and television. As a soloist Eke performed Piano Concerto KV 491 in C minor of Mozart. In 2013, Eke recorded her Debut-CD with works from Schumann, Liszt, Wiklander and Janáček, which has received outstanding critics in the media.

Eke Simons appears as a chamber musician with artists like cellist Harro Ruijsenaars and pianist Dag Achatz. Being a passionate interpreter of contemporary music, Eke has performed “Parallel Lines” for piano and percussion of Duddell with internationally renowned percussionist Colin Currie. She has played world premieres of numerous compositions, of which several have been dedicated to her. Eke won the interpreters prize “Sporck Vertolkers Prijs 2010” for her performance of “Chapters” of Antal Sporck.

Eke received her Diploma Master Solo Piano with honours at the Royal Conservatoire, The Hague, where she has studied with Geoffrey Douglas Madge, David Kuyken and Han Louis Meijer. Additionally, she specialized in the Art of Song in Bruxelles. She has participated in numerous masterclasses by international musicians. Currently, she works with the Swedish pianist Ingemar Hedvall on new solo repertoire.

Get to know
the members of DGCF