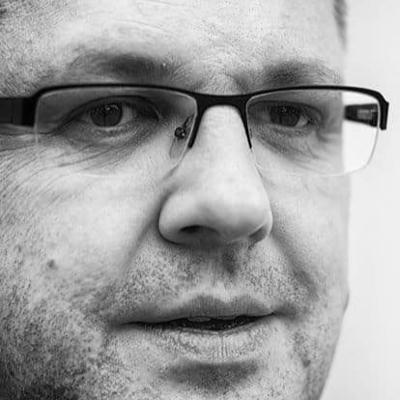 "Up! Is an Etude. This is very easy on an instrument. You play tones. First with the fingers and then with the mallets uprising it harmonicas structure in a row up, and logical a bit down. This is also the basis of the material of my work and plays with possibilities and connotations of this and the following of thoughts: To uplift, to uprise - this combination of up as prefix and verbs shows a part of the meaning which I image with the simple Up. These days we saw the Brits leaving the EU. In my country Germany we saw the breaking of the taboo not to cooperate with the right populists in Thuringia in the short time election of a liberal prime minister with the voices of the AfD as well.
In the meantime, there is an immense increase in neo-fascistic terror in the last nine months with deadly attacks in Halle and Hanau against German, Jewish and Islamic citizens. A flashback to the 1930s? I think, hope and pray it is not. But we have to be cautious. Let's say: up! To uplift ourselves from the immense negativity of the right-populism and its society-dividing impact.
To uplift ourselves in humanity and commitment. Let's uprise against the threats of democracy and the democracy before us turning populists. Let's fly up to our hearts for hope and love for the victims and those who feel threatened.
Let's play up!"